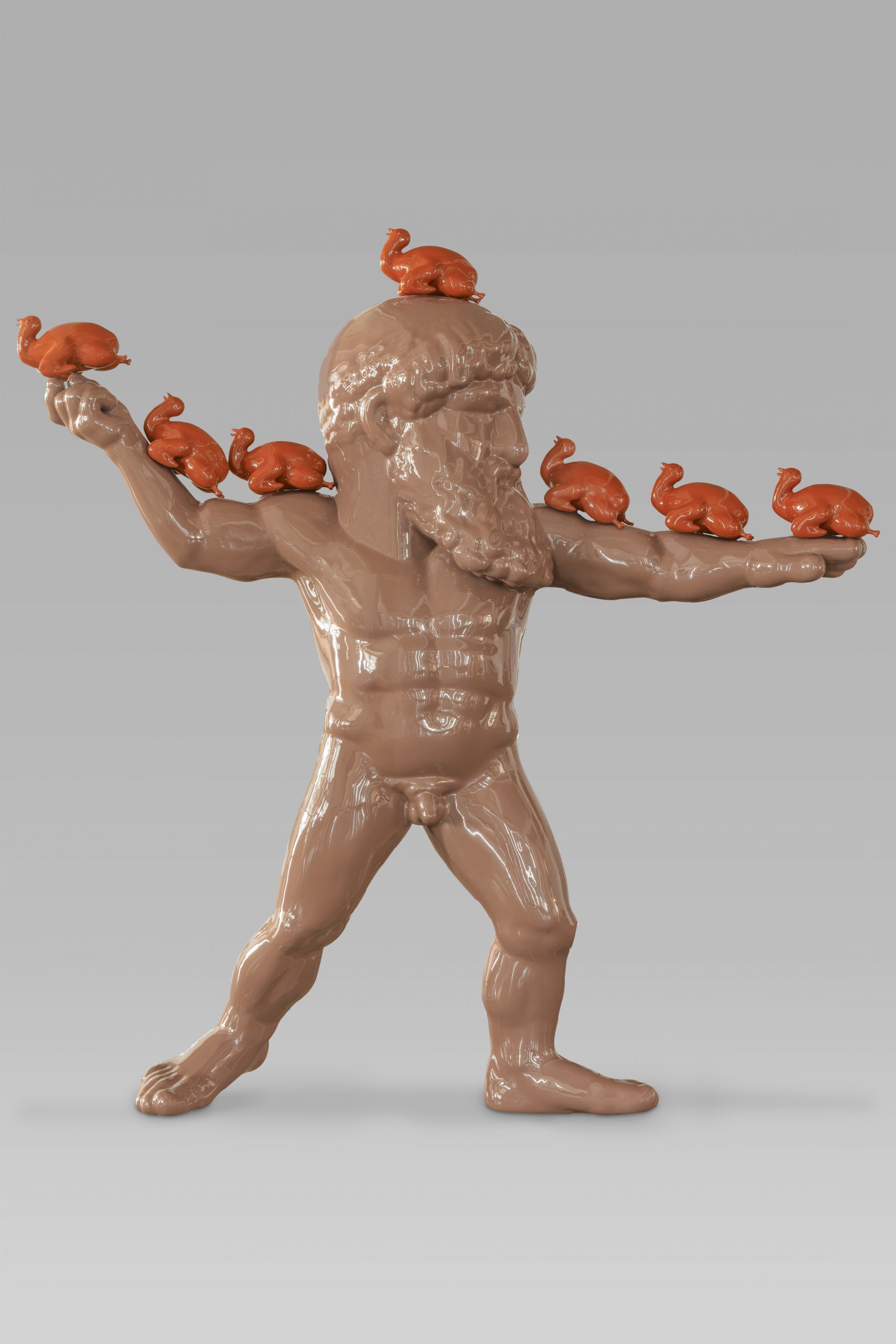 The Newcomer series is a new body of works created by XU ZHEN® starting in 2021. The series draws on iconic images from classical culture, transforming, replacing, and combining them with contemporary cultural symbols, aimed at renewing the perception of past civilizations and creating new coordinates for traditional culture in the current context. The work Newcomer 02 is inspired by the Greek sculptural masterpiece Bronze Statue of Zeus or Poseidon, which was cast around 460 B.C. This statue has attracted the world's attention for its masterful interpretation of the human body's state of motion and planimetry. Because the right hand of the figure was missing when it was unearthed, it was difficult to determine the identity of the figure, which was thought to be either Zeus with a thunderbolt or Poseidon, the god of the sea with a trident.

In his work, XU ZHEN® treats the classic Poseidon as cartoon figure, computerizing it to create a cuddly, approachable effect, wrapping a humorous facade around the serious topic of art and archaeology. The artist also re-imagines lost mystical artifacts for the figures - inspired by the doves that rest on monumental sculptures in public places. He replaces them here with squabbling doves. Combining ancient Western mythology with Eastern popular food culture, XU ZHEN® confronts the difficult situation of cultural integration in today's world through a witty ensemble. 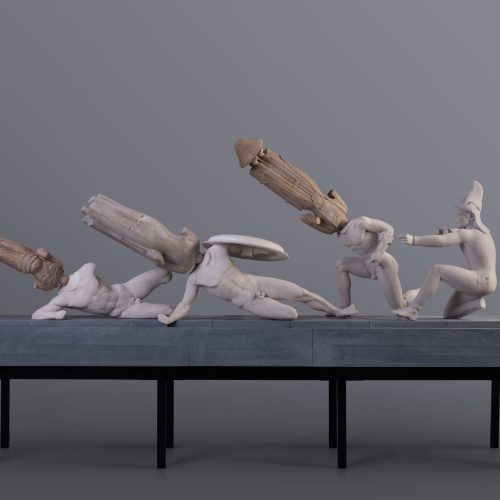 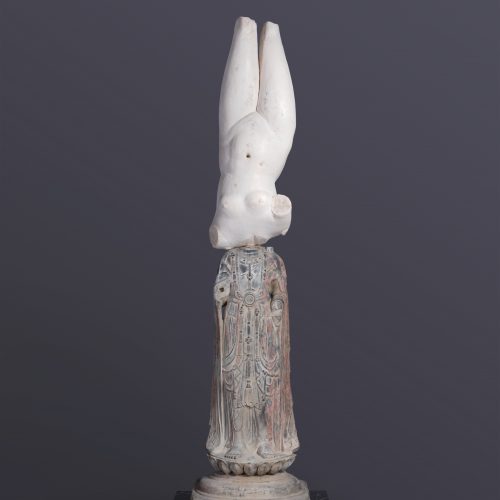 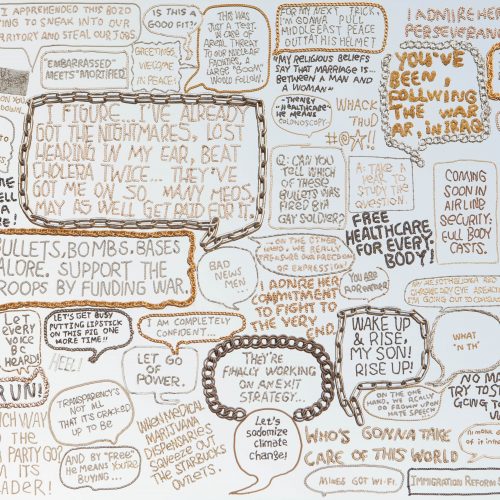 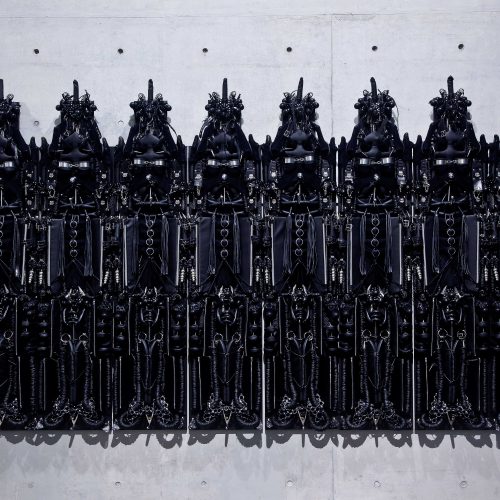 Gate of the Brave

Evolution-Bodhisattva from the North Wall of Yulin Cave No. 025, Eket Mask